One of the most important roles of a financial advisor is to identity and recommend fund managers to entrust with a portion of client assets. I do not pick a fund manager based on a recent hot streak or high profile, but rather on an extensive "due diligence" process where I spend a lot of time and effort researching the manager, evaluating them both on their long term track record and consistency of process.  Once a manager is selected, ongoing monitoring is essential and can take many forms; from email updates, conference calls, and web casts to live presentations and one-on-one or small group meetings. Over the past few months I have had the opportunity to meet with, or heard directly from, managers who manage nearly 40% of my client’s assets. This is particularly useful at times when markets are presenting challenges.

As part of this due diligence process, in April I attended a conference with Fidelity Investments in Arizona and heard from several portfolio managers who my clients have significant holdings with. Dan DuPont, lead manager for Fidelity Monthly Income and co-manager of Fidelity North Star balanced, described his cautious near term stance and what he was doing to manage volatility in the short term. This included moving as much as 40 percent of the stocks he owned in the stock side of his balanced funds to cash, to ride out the storm. As market conditions improve, he will start to put that cash back to use which has, in the meantime, helped to protect capital in what has been a somewhat challenging year so far.  Steve McMillan, manager of the award winning Fidelity Small Cap America fund, made the case that despite significant recent outperformance versus almost all other markets, the US was not a "trade" and should remain a core long term holding as it the most innovative, dynamic economy in the world.

I also had the opportunity to meet with Mark Schmehl, manager of Fidelity Canadian Growth Companies and Fidelity Special Situations, another two funds that are widely held within my practice. Mark expressed his frustration with the current state of the markets in that superior company fundamentals aren't being rewarded as they should. He also elaborated on what steps he had taken toward the end of last year to move his fund to a defensive stance against what he felt night be a temporarily challenging time. This involved selling off nearly two thirds of the stocks he owned, companies he likes and feels will do well in the long term, and allocating the money equally to cash, gold and oil stocks as well as smaller allocations to Emera and Fortis, the new Maritime power utilities. He affirmed that these are not long term positions for his funds; he can't wait to buy back many of the fundamentally superior companies he owned prior to this defensive repositioning once markets settle out somewhat. Mark is one of those rare managers who can play both offence and defense and it was a great opportunity to gain more insight into his decision making process.

In May I travelled to San Diego for a conference with BMO Asset Management. I don't currently have as deep a relationship with the BMO fund family in terms of managers that I regularly hire to manage money for clients but I do have a long partnership with BMO sub advisor, Matthews Capital of San Francisco. Matthews runs the low volatility BMO Asian Growth and Income fund, which is a core holding for many clients and a good diversifier for many funds that have a North American bias. In addition to attending the formal presentation I was able to have a one-on-one chat with an executive from Matthews, Angela Wang, who gave me a deeper insight into the sustainability of their investment process. She also identified several of the instances where the mainstream western financial press was misunderstanding China’s slowdown, and reaffirmed my reasoning for having Asia as a component of an overall portfolio, due to favorable demographics and a mass rise of the middle class.

Last but not least, last week I had the opportunity for a private dinner with Dennis Mitchell of Sprott Asset Management. Dennis is a well-respected portfolio manager who is frequently asked to share his views on the market on BNN. Dennis expressed concern regarding the pending Brexit vote, but also that the current uncertainty surrounding this situation presented great opportunities for a longer-term portfolio manager to take positions in stocks in the region with great fundamentals that were temporarily weak as a result of this uncertainty. It was refreshing to hear Dennis’ conviction in the stocks he owns as well as in his clearly defined process to select companies that he thinks will outperform the markets over time with less risk.

While it is nice to travel to destinations warmer and sunnier than Nova Scotia can be in Spring, and to have the ability to network with other advisors from across Canada, the real purpose of these meetings, and the reason I make the investment in them a priority whenever I can, is to continue to check in with the investment professionals that manage wealth on behalf of my clients.  If you’d like an update on any of your holdings, do not hesitate to contact me with your questions.

If you’ll permit the indulgence, I just wanted to take... Read More 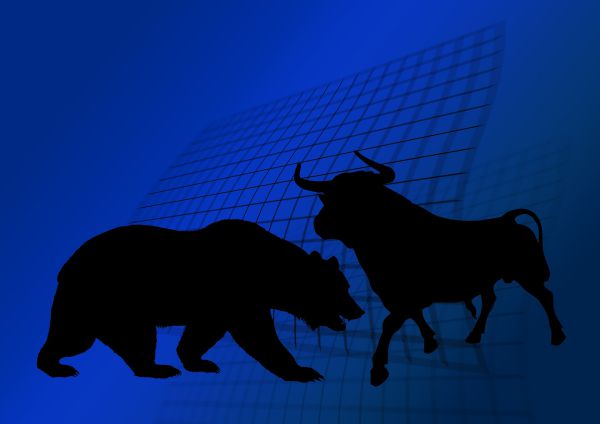