Unlike the last go round with Greece, the exposure of the banking system and the insurance companies is effectively zero so a full blown "technical crises" is not likely.

However, the approach of the current Greek government is very confrontational and seems to have the intent of maximizing the pain for the "rest of Europe".

In short the fight has turned very nasty with all the European governments likely to have to write down the debts held from Greece. I tend to think of it this way: In a large family one member cannot behave in a financially responsible manner. The others oblige, try to help, forgive some loans and ultimately provide fresh money to help. Finally the others in the family realize this is bringing them all down. So it is time to make a decision. When an irresponsible person is asked to make a decision what do they do...they deflect the responsibility to someone else and blame someone else.

So where do we go from here?

This is where we are with Greece. Technically it is irrelevant financially. The debts are already in financial default. The pain has been taken already! The real question from our perspective is what follows, what are the potential unexpected consequences etc.

We do know that investment managers are holding the most cash since 2008/9 and downside protection is at a high. This suggests that equity markets may be bumpy but that this problem is well anticipated.

From Black Creeks perspective, the direct exposure is very, very small with no Greek equities at all and very limited economic exposure by the companies we own.

July 5th is the date scheduled for a Greek referendum where citizens will vote to accept or reject a proposed bailout solution. A Greek exit is now on the table. Default risk is a greater concern, and could have some ripple effects across Europe and the credit markets.

There are however more safeguards and backstops in place now than 3 years ago,
The Eurozone is in better financial shape generally than a few years ago. Private institutions have had enough time to lower exposure to Greek banks and most of the risk has shifted from private sector to the governments. This is not a 2011-2012 situation.

The kind of a pullback we are seeing is healthy and could provide some opportunity to get into some high quality European names. This volatility will likely continue for the rest of the week and into next week.

No vote (reject a new bailout plan): would keep the Greek internal political house in order but create more havoc in the financial markets.

Markets are taking this in pretty good stride. Greece has defacto moved towards an exit.

The world has not ended, markets are stabilizing and are moving beyond Greece. The Greek bailout program is set to expire on Tuesday June 30th. The rest of Europe wanted more Greek austerity to prolong the bailout plan, but the Greeks refused to give in.

There is currently no legal framework to even negotiate an agreement with Greece post June 30th.

The ECB has stopped emergency liquidity funding to the Greek banks. As a result, the banks have instituted capital controls. The banks and stock market will be closed for the remainder of the week. Citizens are limited to withdrawing 60 Euros a day.

The Greeks waited until the last minute intentionally. This is a bargaining tactic. The game plan is likely to position Greece to leave the EU. A Greek exit from the Euro was always the intention of the far left side of Syriza, the party currently at the helm of Greece. Recently about 70% of Greeks were in favor of staying in the EU. This situation may give Tsipras the conditions necessary to launch a mandate to leave the Euro zone.

This situation is a disaster for the Greeks but the effect on the global markets should be limited. Greece is less than 2% of the Eurozone. A Greek exit is already largely priced into most asset classes.

European markets are down roughly 4%, roughly the same as the rally last week. The Euro opened lower but has already bounced back above the close on Friday. This is far from a panic.

Signature was hoping to buy more Euros in a sell off, which they did a little, but the selloff was relatively small. 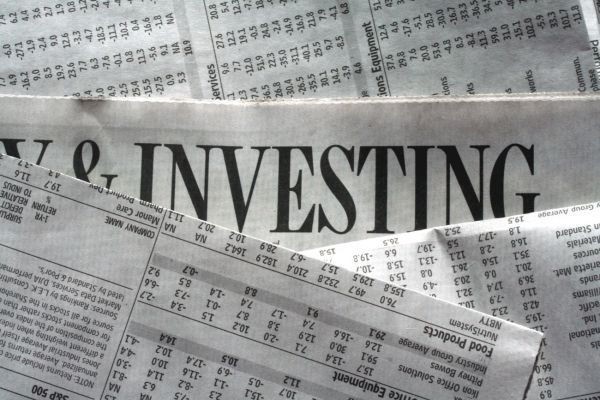