A common joke in the investment industry is that the bears have predicted 23 of the last six stock market downturns. With global markets losing some steam this year after the collapse in the Chinese domestic stock market, the bearish case is getting heightened attention. Since the lows of 2009 the stock market, most notably the U.S. market, has indeed staged a powerful run up and the length of the general upward trend has been slightly longer than the average market up cycle. As I mentioned before, bull markets do not die from old age but rather when there is a material change to the underlying economic fundamentals. Despite the recent strong performance (discounting the last month) the longer-term returns for the U.S. market are still quite subpar. For example, look at the cumulative returns for the last 30 years of the 20th century versus the first 15 years of this century: 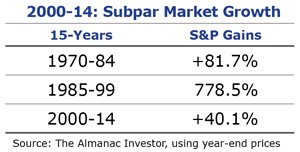 The U.S. market (as broadly measured by the S&P 500) gained only 40 per cent from 2000 to 2014, which is less than half of the disappointing performance it had in the 1970 to 1984 period. The doomsayers who tell us that the markets have moved too far too fast are taking it somewhat out of context. The markets experienced a “lost decade” from 2000 to 2009 and most of the gains that have been experienced in the last 15 years have come in the last six. Even then, the 15-year compound annual returns of the various U.S. markets are hardly frothy:

A recent article in Barron's (The Wisdom of a Nonconformist, September 12, 2015) quoted Joe Rosenberg, 82, who is the long-time chief investment strategist of Loews Corporation, with a lifetime of experience in every bull and bear market since the 1950s:

"I'm long-term bullish. Equities over the past 15 years have generated meager returns. To those of us who believe in reversion to the mean, this suggests that the next 15 years will probably offer much higher returns. The trailing 15-year return of the S&P 500 is at an extreme, showing just a 3.8% annualized return, which is even lower than it was in the 15 years that ended with the bear market of 1974. I look at the equity returns since 2000 as a reason to get more invested in stocks."

No one can know for certain what the next 15 years hold. Given that, contrary to popular belief, we have actually not been in an extended up market cycle like what was experienced in the late 1980s and 1990s, there is reason to be cautiously optimistic about the future.

This information is general in nature, and is intended for informational purposes only.  For specific situations you should consult the appropriate securities, legal, accounting or tax advisor.

Make your investment decisions wisely. Important information about mutual funds is found in the funds' simplified prospectus. Please read this carefully before investing. Commissions, trailing commissions, management fees and expenses all may be associated with mutual fund investments. Mutual funds are not guaranteed, their values change frequently and past performance may not be repeated. Unit values and investment returns will fluctuate. 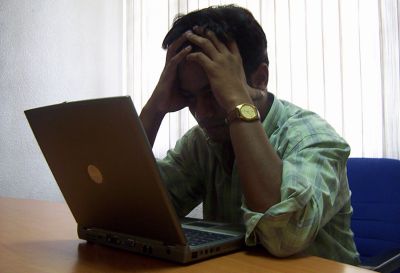 Investor pessimism has risen to levels not seen since Federal... Read More 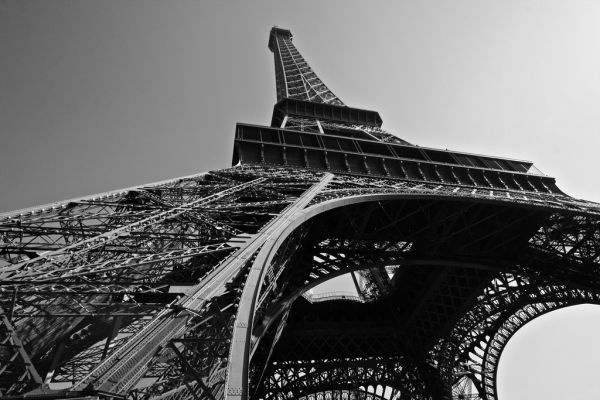 The incredibly tragic and senseless events in Paris and Beirut... Read More