Spring budgets often contain numerous goodies for Canadians and this is even truer in election years. Last night Joe Oliver delivered the latest federal budget and it contained several important items of importance to financial planning.

Remember: The announced budget contains proposals that may undergo revisions before becoming law. It's not clear at this point whether the provinces will implement changes to their tax legislation.

Increase to the TFSA contribution limit

As expected, the government announced that it is increasing the annual contribution limit for TFSAs to $10,000 per year, effective in 2015.

A couple who has never invested in TFSAs has a cumulative $82,000 that can be invested in these tax free plans; an amount that will now increase by $20,000 annually. Considering the vast amount of wealth that is going to be invested by baby boomers in the coming years through receipt of inheritances, the sale of a small business, or potentially the sale of a family home for retirement purposes, this now affords a greater opportunity to shelter a large portion of their investments from income tax. It also enables those who have chosen TFSAs as their preferred retirement vehicle (instead of RSPs for example) to have a much greater ability to accumulate sufficient retirement funds on a very tax-advantaged basis.

Previously the TFSA contribution limit was indexed to inflation and increasing in $500 increments (which worked out to an increase roughly every 4 years). Now there are no plans for annual increases to the contribution limit.

This widely expected increase has been criticized by some for the longer term impact the reduced tax revenue will have. However, It should be taken into account that a considerable amount of TFSAs are held at large banks in very low rate of return accounts (and it could be argued that this is not the best use of these tax-free savings vehicles). In a lot of cases the impact to government tax revenue may not be that significant. For example: a TFSA of $40,000 at one percent of interest annually, that would otherwise have been taxed at the same rate in a non-TFSA bank account, might be about $140 in lost tax revenue. From where I stand, the benefit to Canadians of being able to further accelerate their savings in a more tax-advantaged way means that more funds will potentially be available for enhanced spending in retirement or whenever these funds are put to use.

Another major change in the budget, and one that has been lobbied for heavily by industry groups for some time, is a reduction in the mandatory amount that has to be withdrawn from Registered Retirement Income Funds (RRIFs) from age 72 on. The previous minimum withdrawal rate at 72 was 7.38 percent, and has been decreased to 5.28 percent.

The RRIF withdrawal tables, which require a specific, escalating, percentage (based on age) to be withdrawn and taxed from these plans, were devised almost 25 years ago. By reducing the annual mandatory withdrawal from these plans by almost 30 percent the government is acknowledging some of the concerns presented to them by the C.D. Howe institute and others (including us!). Specifically, the effect that lower expected investment returns and extended life expectancy from when the original tables were created can have on the long term sustainability of retirement funds.

Some investors may have already withdrawn the minimum for 2015, at the old rate. Those that have are able to reinvest the difference into their RRIF before February, 2016.

Recognizing the value of small business enterprise in Canada and the need to ensure the competitiveness of small businesses, the government also announced that the federal small business tax rate would be lowered, from 11 percent to 9 percent. Combined with Nova Scotia’s already low provincial tax rate of 3 percent, this means that small business income in Nova Scotia is taxed at a very favourable rate. Self-employed individuals now have even more of a reason to look at how they extract income from their businesses, both now and in retirement. These decreases, however, will be phased in between now and 2019.

Of particular interest to seniors who wish to live in their family homes, the federal government also proposed a new home accessibility tax credit. This credit is a 15 percent, non-refundable tax credit that can be applied on up to $10,000 in home renovations designed to make your home more accessible and safe to live in. If you are claiming the disability tax credit, this is up to $1,500 in tax credits available to you.

The budget announcements on Tuesday have good news for people from just about all walks of life, from first-time investors, to small business owners, to seniors. If you have any questions on these changes, give us a call! 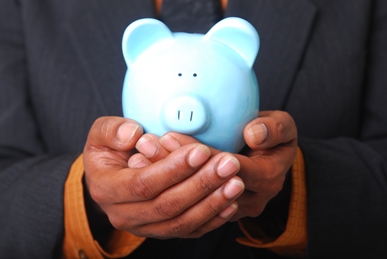